President of Friends of Eastern Cemetery

Friends of Eastern Cemetery became an official 501(c)(3) non-profit group in 2014. Our board members include Andy Harpole, president; Savannah Darr, vice president; and Amy Wright, secretary; and Stefanie Buzan, treasurer. We currently have two committees: the Arts and Crafts Committee and the Event Planning and Coordination Committee.

The Friends of Eastern Cemetery have served as an example to other groups who are looking to either clean a historic cemetery or create a “friends of” non-profit group. Taking their extensive training, Andy Harpole and Savannah Darr have spoken with members of the Louisville Genealogical Society, Samuel Plato Academy, and Gallatin County Public Library about the basics of cemetery preservation, including the right and wrong ways to clean stones. Andy and Savannah have also encouraged those groups to attend future workshops, so that they can start preserving and restoring cemeteries in their communities. Furthermore, they have provided contacts, such as Jonathan Appell and National Center for Preservation Technology and Training, and materials so that these groups do not harm those cemeteries that they wish to help. 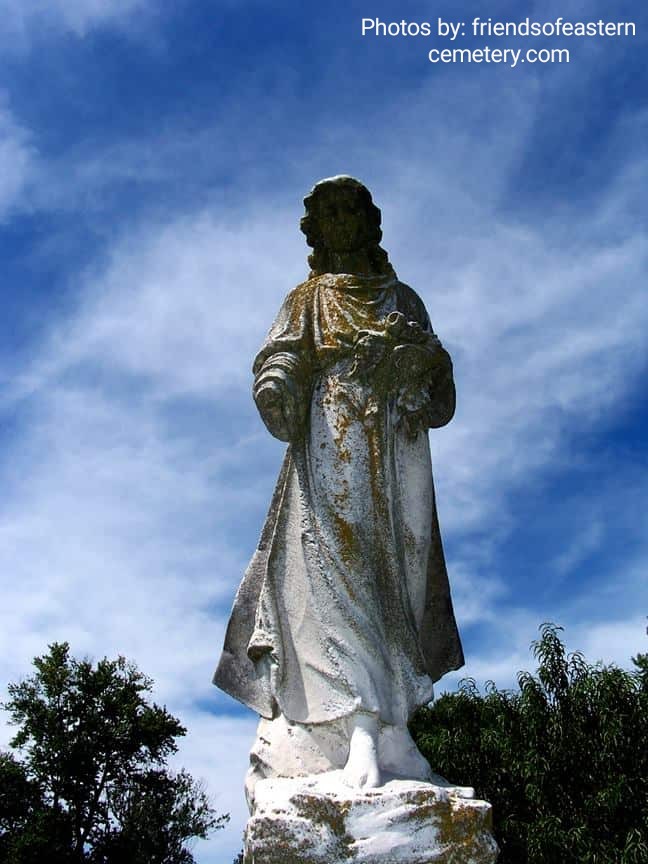